This strain review is on the terpene rich, purple colorful buds of Zkittles.  Zkittles is an Indica-Dominant hybrid. It's leaning more Indica because of the genetics which is Grape Ape and Grapefruit. This combination gives this strain a crazy terpene profile. The name is similar to the candy skittles because of the smell and taste of the buds.
-
Zkittles has won two cannabis cups one in Michigan and the other in San Francisco.  I did do a strain review on a cross of Zkittles with Blue Diamond called Blue Zittles.  That was a good strain now lets get into this review and see how it stacks up against the other!

The smell resembles the name perfectly.  The smell of Zkittlez is similar to a berry fruit bag of skittles. It also had a similar smell to the Snowman Strain because of how unique it is.  The Zkittlez had a grape dark sweet smell when broken up before rolling it in the joint. 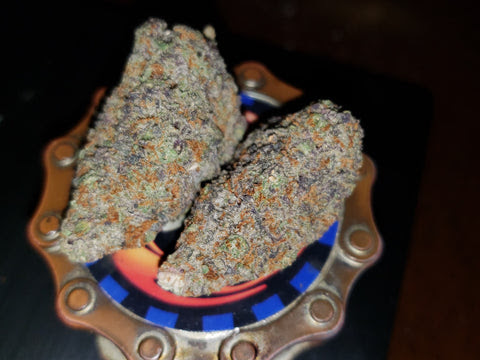 The Strain was a darker looking bud, with a lot of small tiny orange hair.  The buds were dark because the purple color overtook the look with more trichomes than any green color.  This was so amazing to see because the buds were just so frosty and glistening, almost like new snow on the ground on Christmas morning!  When you cracked open the bud you did notice the green color which you are usually custom to.

The buds weren't too sticky at all.  They did leave a little residue on your fingertips which resembled the smell of grapes. 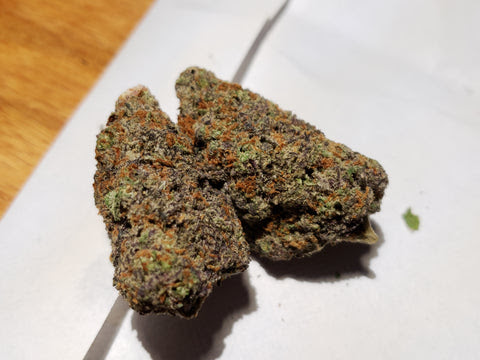 This Zkittlez Strain had a great density to the buds. They were extremely dense and gave no push back when you squeezed the buds.  This kind of bud structure was great to see especially if you're a weed cannasuer and love dense buds.

The deal I received at the Reef Detroit for this strain was a top-shelf deal 5g/$55. It was on special it and it definitely was a great special to stumble upon that day! I did notice a couple seeds in it after breaking it up, could be why it was on special too.

As you sparked the joint of Zkittlez on the first drag it was very smooth and definitely had a distinct grape taste. This strain is definitely a heavy smoke and it made me cough a couple times.  I think this strain would be good for a nice night time smoke, like a nice dessert after a great holiday dinner.

I was really impressed with the ash of the joint I smoked.  It had a nice white ash some dark spots, but mostly white throughout the joint. It was great to see especially because the strain is on the top-shelf so you are expecting that and it didn't disappoint. 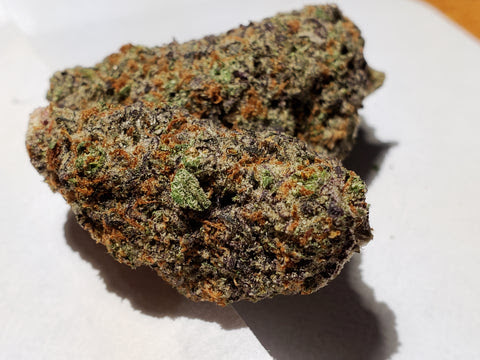 I would definitely recommend and repurchase the Zkittlez Strain. It has the cannasuers heavier effects, and it's a perfect night time smoke before bed.  This would be a personal stash for many just to have because of the unique taste and the heavy effects.


Zkittlez Overall:
-
My Overall opinion on the Zkittlez is that it’s definitely worth it to try this strain. I personally would purchase this again because the batch I had was very good. I was pretty impressed with the strain from The Reef Detroit. The Strain was top-shelf I did get my money’s worth from it especially because of the deal they had. I definitely preferred this Zkittlez strain over the Blue Zittles strain.

If you have any questions you contact me here.  The next strain review is on Mimosa. Stay Tuned and Smoke Good!